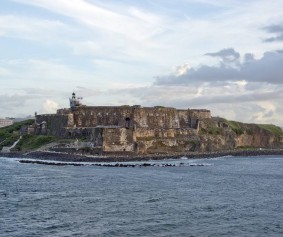 Bankruptcy can work, but bankruptcy laws need to be changed to ensure fair treatment of creditors.

In the debate about how to fix Puerto Rico’s fiscal woes, lawmakers from both political parties seem to be gravitating toward a two-part strategy: The island’s municipalities—and possibly the commonwealth—would be permitted to file for bankruptcy. But Congress would create a financial control board to restrain Puerto Rico’s profligate tendencies.

Advocates of this strategy rightly insist that Congress should craft the control board carefully. Along with New York University’s Clayton Gillette, I’ve argued that Congress itself should run the board.

But the assumption that the current municipal bankruptcy laws will work fine if Puerto Rico is given access to them needs reconsideration. Unless the laws are modified, extending bankruptcy to Puerto Rico could invite abuse and roil the municipal debt markets.

Every American state can permit its municipalities to file for bankruptcy under chapter 9, but Puerto Rico cannot. This seemed like good news for the island’s creditors until it became clear that the government genuinely cannot repay all of its obligations. On Monday Puerto Rico defaulted on roughly $174 million in debt payments, with more defaults likely to follow.

Bondholders could sue to enforce their rights, but the litigation would be costly, time consuming and, for some, potentially unsuccessful.

Puerto Rico also could restructure its bonds, writing them down much more severely than in a recent deal between Prepa, the commonwealth’s electricity corporation, and many of the company’s bondholders. Creditors can’t be forced to agree to a bond exchange, but Puerto Rico could threaten to punish those that did not. The government also could ignore the constitutional protections that some of the bonds enjoy, and restructure bonds that seemed to be entitled to priority.

Bankruptcy can solve these problems. It removes the risk that a debtor will pick and choose which obligations to pay, and it ensures that creditors’ priorities will be honored.

At least that is how bankruptcy is supposed to work. But the rule of law took a beating in the Detroit bankruptcy. Holders of the city’s general-obligation bonds, which had the same priority as pensions, got stiffed, receiving roughly 41% of what they were owed. Pensioners got at least 60%.

Those holding Puerto Rico’s municipal bonds are right to worry that they too could get mistreated. If they do, future investors may refuse to lend to troubled municipalities, including Puerto Rico’s, no matter how well protected the bonds seem to be.

To avoid another Detroit, Congress needs to reconsider two of the key requirements for confirming a municipal restructuring plan. The first requires the bankruptcy judge to conclude that the plan does not “discriminate unfairly.” Before Detroit, this was thought to require that the plan give comparable treatment to groups of creditors that have the same priority.

But Steven Rhodes, the federal bankruptcy judge in the Detroit case, instead concluded that the requirement was met as long as the plan satisfied his conscience. Lawmakers should explicitly require that recoveries for creditors with the same priority cannot deviate more than a specified amount—say, 15% or 20%.

The second key provision requires that the plan be in the creditors’ “best interests.” In Detroit, the court concluded that nearly any plan satisfied this requirement, since the prospects for payment were (in the judge’s view) bleak, absent bankruptcy.

Congress instead should specify that “best interests” means that the plan ensure as much recovery for creditors as is reasonably possible. In Detroit, this would have required that at least some of the $816 million that the city raised in its clever but dubious art-for-pensions scheme go to bondholders.

It would be simpler to offer Puerto Rico access to the current municipal bankruptcy laws. But it would be far better if Congress reformed them to avoid the kind of inequities that occurred in Detroit.