What is the Proposed Cut for Detroit Police and Fire Retirees’ Pensions? 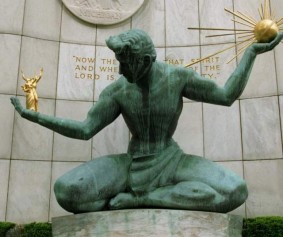 Before going into the discrepancies in the documents filed by the city here are a few examples of the news reports that contain different percentages of cuts to the pensions:

Detroit Free Press, Feb. 21, 2014: “Police and fire retirees face smaller cuts of up to a 10% cut, according to the proposed bankruptcy blueprint filed Friday morning. On a $2,500 a month pension, the possible hit on a monthly pension for retirees would be $250.”

“For police and fire retirees, for example, the cut could drop to 4% if both funds agree to the settlement.”

WDIV Flashpoint Interview of EM Kevyn Orr, March 16, 2014: Emergency Manager Orr stated this: “Let me explain that, first of all, for the uniforms we’re at essentially 94%.  I’ve never been in a restructuring where any class of creditors gets 94% so I’m going to push the uniforms off.”

Now on to the discrepancies between the “Plan of Adjustment” and the “Disclosure Statement.”

Plan of Adjustment: The language contained in the plan (cited at the end of this post) indicates that any police/fire retiree would be entitled to an “estimated” 4% settlement benefit of his or her current pension.  There is another provision that requires a 10% pension cut and with this 4% “benefit,” it would result in a 6% pension cut, meaning the retiree would be receiving 94% of his or her pension.

Here are excerpts from the source documents mentioned above:

From Page 15 of the Plan of Adjustment:

From Page 7 of the Disclosure Statement:

“II. SUMMARY OF CLASSIFICATION AND TREATMENT OF CLAIMS UNDER THE PLAN”

“Active Beneficiaries. A Holder of a PFRS Pension Claim who is an active employee of the City and who has accrued a pension from PFRS as of July 1, 2014 will have such accrued pension frozen and then reduced by an estimated 10%. In addition, he or she will not receive COLA payments. If such Holder were to agree to enter into a timely settlement with the City and the State of Michigan, the reduction to the pension that will be earned as of July 1, 2014 will be an estimated 4%, and the Holder will receive a monthly pension at retirement equal to an estimated 96% of the amount earned as of July 1, 2014 with no COLA payments. Moreover, in the event the unfunded liabilities of the PFRS for the Fiscal Year ending June 30, 2014 exceed the unfunded PFRS liabilities as of June 30, 2013, active employees who are Holders of PFRS Pension Claims will have their monthly pension amounts further reduced to take account of the increase in the unfunded liabilities.”