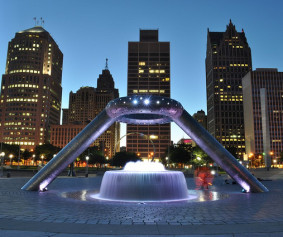 Here is the link to the KCC website where you can access all pleadings free of charge – http://www.kccllc.net/Detroit.

And here is a link to the Bankruptcy Court’s website where the link to the Committee solicitation form will be posted at a later date – http://www.mieb.uscourts.gov/apps/detroit/DetroitBK.cfm

In one week since its formation, the Retired Detroit Police Members Association (RDPMA) has aggressively represented the interests of its members in the Chapter 9 bankruptcy filing by the City of Detroit. A response and limited objection was filed on behalf of the association to the City’s motion for the appointment of a retiree committee. The City’s motion asked the bankruptcy court to direct the U.S. Trustee’s office to form a single committee comprised of various retiree associations, retirees and labor unions that will represent the interests of all retiree through the bankruptcy proceeding. The City’s motion proposed that it would be actively involved in the selection process for determining members of the committee. RDPMA objected to the City’s involvement in the selection process and asked the court to require the City to fund any professionals engaged by the committee.

A hearing on the City’s motion was held Friday, August 02, 2013. In its ruling, the Bankruptcy Court determined that it would be appropriate for the US Trustee to move forward with the appointment of a retiree committee. The City will not be involved in the selection or appointment process which will be completely at the discretion of the US Trustee’s Office. Additionally, the City has agreed to fund the reasonable fees of the professionals retained by the committee. The representatives of the US Trustee’s Office represented to the Court that it would require at least 21 days to complete the selection process.

The Court also established August 19th as the deadline for parties to file objections to the City’s eligibility to relief under Chapter 9 of the Bankruptcy Code. During the hearing on the motion for the appointment of the committee, the City’s attorney acknowledged on the record that the committee process was not intended to prevent any parties, including the retirees, from participating in the eligibility proceedings. The RDPMA will vigorously pursue an objection to the City’s eligibility for Chapter 9 relief.