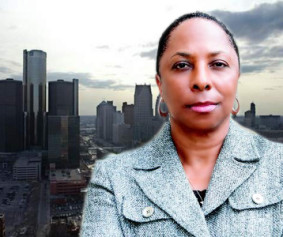 Welcome to the web site of the Retired Detroit Police Members Association (RDPMA).

Judge Rhodes recognized yesterday at the hearing that many individuals are worried about their Pensions. Several retirees requested to sit on the committee once negotiations begin so they could be sure the retiree board, which has not been formed yet, would have transparency. Retirees need to have a comfort level knowing their interest is being protected at the table and there is not any one group controlling the interest for all.

That is the main reason RDPMA was formed and the sentiment was echoed many times yesterday in bankruptcy court. The main concern of all retirees is that we want to be treated fairly and equally once the negotiations start. Remember the EFM’s goal is to make drastic changes to our Pension checks and Health care.

To that end, we’ve retained Attorney Lynn M. Brimer, of Strobl & Sharp, PC as our legal counsel to help guide us through this bankruptcy process.

Let’s be grateful that there will be 2 Associations representing our interest.