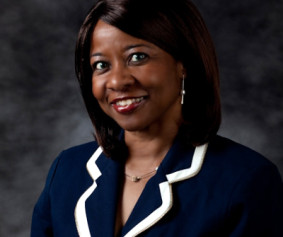 Brenda Goss Andrews retired from the Detroit Police Department as a Deputy Chief with 30 years of dedicated public service being promoted through the ranks from police officer to sergeant, lieutenant, inspector and commander. As Commander she was in charge of the departments’ Personnel Division (human resources) which included recruiting and hiring police officers and overseeing the departments training section. She also did a complete overhaul of the recruiting departments marketing campaign and was in charge of the 2000 promotional examination. She was also the departments’ Equal Employment Opportunity coordinator. In 2002 she was promoted to Deputy Chief of the departments’ Fiscal Management Bureau where she was the first female in the 137 year history of the police department to administer and control the departments’ $400 million dollar budget and $30 million dollars in state and federal grant funding including forfeiture funds. She led a successful team through an arduous federal grant audit. Her vision, expertise in business performance, and structured management approach led to significant savings and process improvements for the department during her tenure. Her turnaround approach to achieving positive results have been highlighted by her accomplishments in human resources, recruiting and hiring practices, project and grant management, inventory control, fiscal accountability measures, and facility management. Deputy Chief Goss Andrews also prepared a bi-annual accomplishment report for her bureau highlighting the departmental savings and initiatives of the departments under her bureau. . She was the project and budget director for the 62,000 square foot, $18 million dollar state-of-the art Southwest Public Safety Center, which is shared by the police, fire and the municipal parking departments.  In this capacity, she had complete day to day construction and budget oversight of this new construction project. Today, you can see her name inscribed on the dedication plaque inside the vestibule of the building.

While on the department and until her retirement, Brenda was part of the executive team working and meeting weekly with the  Department of Justice and the monitor on the  departments’ consent judgment “Conditions of Confinement” regarding detention facilities and other budgetary issues as it pertained to the police departments’ compliance. Single Facility Detention Center (DOJ), Tow Management proposal, new police headquarters, paper reduction committee, review of department lease contracts, secondary employment for officers were just a few of the major proposals Deputy Chief Goss Andrews researched and prepared in an effort to overhaul antiquated department policies, create efficiencies, improve and streamline procedures, and bring about resolution on certain areas of the consent judgment. Most recently, in 2013, Brenda along with several other retirees formed the Retired Detroit Police Retirees Association (RDPMA) where she was named President.

Retired Deputy Chief Goss Andrews received a Bachelor of Business Administration degree from Howard University in Washington, D.C. and a Master’s of Science from Michigan State University. She is a graduate of the prestigious FBI Academy in Quantico, Virginia and the Northwestern School of Staff and Command. Brenda is the  National Civil Rights Committee Chairperson for the National Organization of Black Law Enforcement Executives (NOBLE) and currently is the President of the Metro Detroit Chapter of NOBLE.  She also serves as a commissioner on the City of Detroit City Planning Commission.

Prior to joining the police department, Brenda worked as a substitute teacher for the Detroit Public School system and as a statistical analyst at General Motors Corporation.